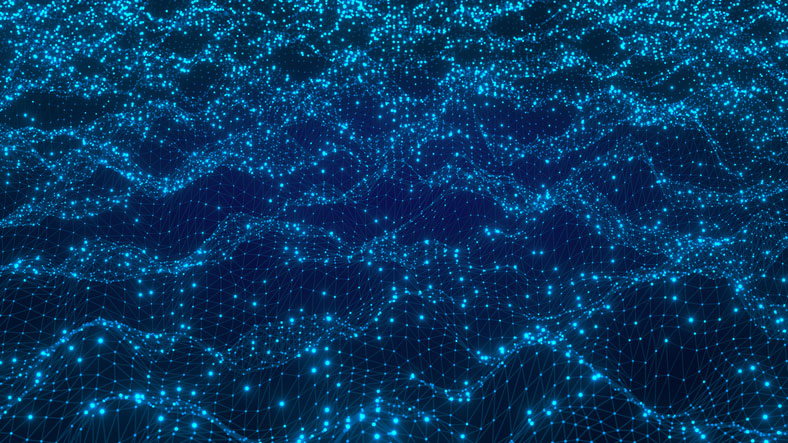 That is one of the significant reasons data science jobs are incredibly lucrative. Lucrative industries have high salaries and many openings –and the job outlook for data scientists ticks these two boxes perfectly.

This is because data science is a language –or, more accurately, it’s many languages! Code, statistics, and programming languages can quickly take data scientists to a six-figure salary.

According to the Bureau of Labor Statistics, the median average wage for data scientists in 2021 was $100 910 per year –or $48.52 per hour for full-time data scientists.

Furthermore, the Bureau of Labor Statistics projects that data science is a field growing at a pace “much faster than average” among occupations in general, as the industry is slated to grow by 36% from 2021 to 2031. 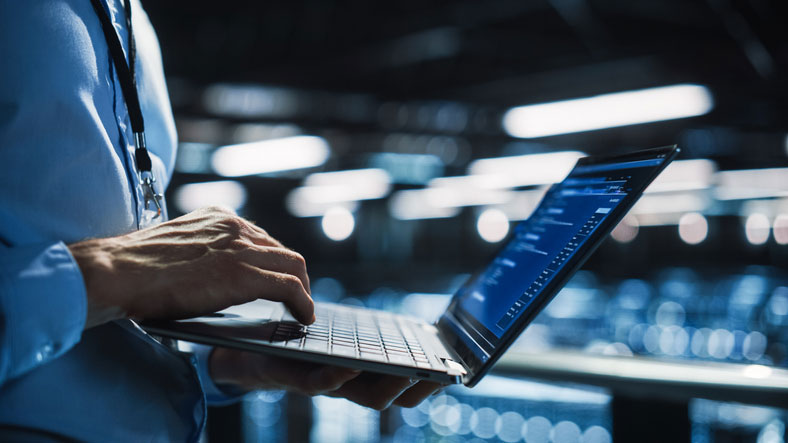 However, data science is a skill that extends far beyond opportunities involving the title of “data scientist.”

“Big data’ refers to the fact that all industries and institutions must process, collect, filter, and understand an enormous amount of incoming data.

The internet has forever fused with things like business, education, finance, and government, and that means data science will always have applications in them.

Here is a list of the types of opportunities available for data scientists:

A list of job opportunities for data scientists cannot exclude the formal job title ”data scientist,” which is now an extraordinarily prevalent opportunity found on every job board from every industry.

The internet brings organizations an immense level of data input, which is only possible to comprehend with some expert knowledge.

That is why the internet made it necessary for companies to hire data scientists –which is why data science is expected to grow at a higher rate than average among other industries.

If someone with a data science background has the job title “data science,” their responsibilities at work are numerous. However, their primary duty is creating data models for data analysts so they can create readable reports for institutional executives.

Likewise, data scientists can be thought of as a better version of computer protection software programs.

Data scientists work to collect data, organize it, and potentially eliminate harmful or irrelevant inputs –they also prevent such negative inputs from ever entering the system in the first place.

The description of a formal “data science” job title is a testament to its broader applicability in other career paths. There are multiple methods data scientists may incorporate to achieve these ends, and not all situations call for the same way of coding, collecting, and filtering data.

For example, data scientists that work as machine learning engineers use statistics and more complex coding programs to create software that can effectively learn a single activity at superhuman levels.

For example, the computer program known as AlphaZero uses machine learning technology to outcompete the world’s best chess players reliably. While AlphaZero can’t learn how to talk, it can learn virtually infinite new ways to win at chess –making it adaptable at a single skill at an unprecedented rate.

All this is done by data scientists, who take raw data, and turn it into information that is both valuable and useful to experts and non-experts alike by making it understandable and, most importantly, self-generating.

In other words, data scientists can use data to create machines that learn specific topics at rates and at a quality far exceeding that of human potential.

The primary difference between scientists and engineers, generally, is that scientists study and create models. In contrast, engineers use those models to make improvements to systems.

Data engineers work alongside data scientists to utilize their models to improve institutional system functionality. In other words, data engineers need to be interpreting data. Still, they are using data, so computer systems and other internet tech systems are running at full speed.

Typically, what this means is that data engineers are responsible for constructing data ecosystems for the free flow of data. When data cannot flow freely, computing speed is reduced.

For example, there’s a data flow block between HR and the finance department. In that case, emails between these departments will experience delays.

Data analysts work with data scientists to help organizations understand data. Unfortunately, raw data is nothing but ones and zeros. The language of code, such as HTML, is incomprehensible to the vast majority of people that use the internet daily, taking such code for granted.

In organizations, data reports are used to make decisions. Therefore, the primary responsibility of data analysts is to construct data reports.

To create data reports, data analysts use data models data scientists create out of raw data and interpret the findings of that model into language easy for general audiences to understand.

While being a data analyst means potentially being the underling of a data scientist, the median annual wage for data analysts ranges anywhere from $70,000-$85,000.

These job opportunities for data scientists are in no short supply and will continue to be valid indefinitely.

Dozens of companies of all sizes and needs require data scientists. As a result, there are almost guaranteed openings for roles like data analysts, data scientists, statisticians, data engineers, and machine learning engineers, among many other potential routes.

The range of industries touched upon by Deloitte, a major U.S. company, includes services such as consulting, accounting, auditing, and advising.

Because Deloitte is a consulting company, it has to make predictions. These predictions are made based on complex data, consolidated into reports, which give the executive a range of options to choose from and their likely outcomes.

Data scientists and data analysts are needed for these tasks, among others at Deloitte. Currently, Deloitte is hiring for multiple positions data scientists are qualified to fill all across the United States!

PricewaterhouseCoopers (PwC) is a brand of firms that provide services similar to Deloitte’s but also includes direct data and analytics services and financial advisory and deals mainly with clients needing help with risk assurance.

The range of jobs available to data scientists at PwC is quite interesting.

For example, PwC has roles available in anti-money laundering data science, which is a role designed to help stop crime! Data science at PwC is necessary for forensic clients just as much as it is for clients directly interested in data analytics.

The computer software company Microsoft is famous for its Windows processing system –one of the first significant advances of data science in the 20th century, as it created the space for data science to develop as a profession.

Microsoft handles more data than the majority of tech companies apart from its direct competitor, Apple, because hundreds of millions of people use Microsoft devices daily to handle all of their data.

Furthermore, outside of ensuring that consumer operations are running smoothly, Microsoft also has to ensure that the back-office systems are running just as smoothly.

For both of these purposes, Microsoft needs data scientists to fill a wide variety of roles.

The roles most applicable to data scientists currently open at Microsoft include data science (entry-level all the way up to senior-management positions are available), data engineering, applied data science, data management, and data analysis.

Of the companies on this list, there’s no going wrong. Those with experience as a data scientist or with a degree in data science will find that job opportunities are relatively easy to come by.

Data scientists or those with data science experience interested in finding work can go to any large company’s career page and search “data science.”

Because of the high demand for data science in the 21st century, job applicants are almost guaranteed to find opportunities using this method.

There are few fields with this level of versatility and high numbers of job openings that also pay roughly $100,000 a year on average.

Many professions require climbing the corporate ladder to attain that kind of salary. In contrast, data scientists often need a degree or certificate to find high-paying work.

Becoming a Data Scientist by Getting Your Degree 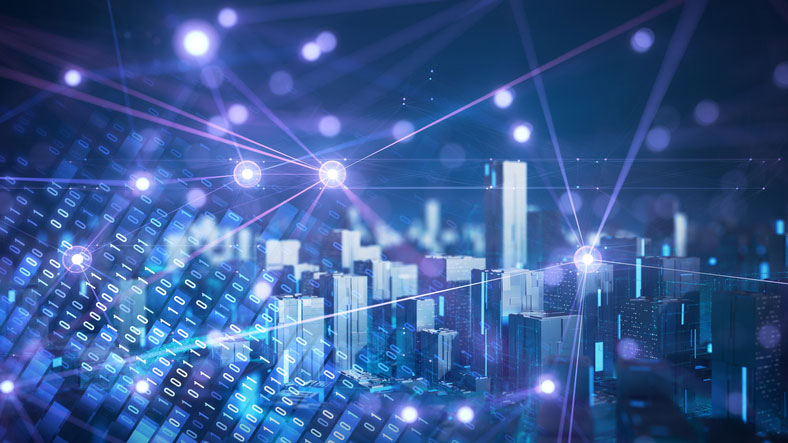 Suppose you are interested in becoming a data scientist so you can begin searching for companies hiring data scientists. In that case, you need to first either get a degree or certificate in data science or in a related field like computer science, statistics, or mathematics.

While data science certificates are applicable –because they expedite the process of becoming credentialed–and are cheap, degrees are always an employer’s preferred option.

The reason for this is that degrees are more thorough and spread out than certificate programs are. Because of this, degrees are better designed for skill consolidation, making for better-skilled scientists.

Experience can take workers a long way on their resumes. Still, nothing beats having a graduate degree in data science because it shows a high level of commitment and intelligence to a highly in-demand field.

How should those interested in becoming a data scientist begin their search for a data science degree? There are numerous things students need to consider when applying to degree programs in data science, including location, cost, accreditation, and curriculum.

Choosing the most suitable school for your needs is a challenging feat to accomplish alone, so click here to learn how to compare degree programs and make your decision-making process easier!